This photo of Patti Smith and her guitarist Lenny Kaye was taken, like the one of David Lynch, during the 20th anniversary of the Cartier Foundation.

They look like twins. Same allure, same frizzy hair, abundant, grey, tangled. Same emaciated faces, same black clothes. More than a sister and a brother. Identical twins if that could exist between those of the opposite sex. 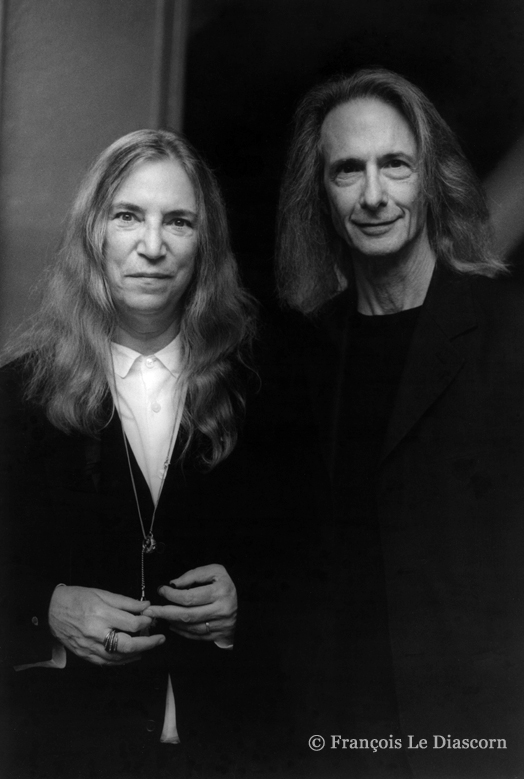 One thought on “Portrait of the Week #11 : PATTI SMITH ET LENNY KAYE”